You don’t have to even have a dog to know who Cesar Milan is!  Well, he has some advice for people with dogs in their family:

You might be surprised to learn that what you’re doing to your dog is confusing him—maybe even driving him crazy. Here are five bad habits you need to stop before they wreck your relationship.

1. You’re trying to communicate with your dogs through words.

You adopt a dog from the shelter, and you know it is not the first time he has been adopted, but you are confident you will be successful. One of your worries is that the previous owner had given the dog a name you don’t like, so you have renamed him Riley. But will that confuse him? Guess what? Dogs don’t care much whether you speak to them in Spanish, or English, or Chinese, because they don’t hear words as words, just as sounds. It’s like the way that people spell out “w-a-l-k” and “l-e-a-s-h”; they may be fooling themselves but they certainly aren’t fooling the dog. That’s one of the reasons I love being with dogs so much—because they sense something much deeper than the words you use; they also read your body language. Which is why you can’t lie to a dog. When you speak to a dog you must speak from the inside, from your mind, your heart, and your body. Otherwise he will be scratching his head with his paw, trying to figure why he can see your lips moving with strange noises coming out. 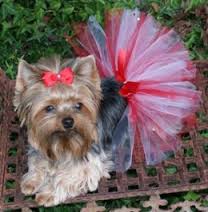 We all know those houses, right? The ones with the framed pictures of Twinkles all over the walls. Her name is embroidered on all of her pillows and emblazoned on toys of every kind, scattered from kitchen to bedroom to bath. And Twinkles’s owner never stops fawning over her as though she were a one-year-old. You can see how the human starts to get confused sometimes and starts thinking that Twinkles is a child—but of course Twinkles is under no illusions at all. She is a dog, and she wants to behave like a dog—that is in her DNA. And like all dogs, she wants to run, she loves to chase things, and she wants to use her nose to track. Your “baby” is also a Pack animal and needs the structure and discipline in her life to feel fulfilled and not become frustrated. There is nothing wrong with showing your dog love, but remember: first exercise, then discipline, and finally affection.

So many times people have come to me, worried because their dog has picked up an aggravating habit. Maybe he’s chewing the carpet, or racing in circles around the house, or showing surprising aggression. And so often the answer is the same: Your dog is getting bored—he wants something to do. Dogs aren’t born expecting to be waited on hand and foot, with meals produced whenever they are hungry; no creature in the animal world is. In the wild—from the time they are babies—dogs have to work for their food. They have to hunt it down or go hungry. I like to tell people that in Mexico, where I am from, the dogs are thin but they don’t have psychological problems. Dogs have been bred over the centuries for different jobs—from rounding up cattle to hunting to hauling. When their natural instinct is denied, they become frustrated, and that is when they start to show signs of aggressive behavior. So do what your dog asks and give him a job. Put a pack on his back when you go for walks or create obstacle courses so he can put his scent-tracking abilities to good use. You’ll see right away how happy it makes him.

4. You’re acting like your dog’s playmate, not pack leader.

You’ve watched Dog Whisperer and read my books, so you know how important it is for you to claim the role of pack leader from the time your puppy first joins the family. But then you come home, and it’s a beautiful summer evening, and your pup is telling you that she is ready to play. The next thing you know, you and your dog are racing around the back yard with a ball and all the rules have changed. At least the rules have changed in your mind—until you are ready to call it quits and go inside for dinner. How is your dog supposed to understand what has happened? You gave up on being pack leader to race into playing with her instead of making it clear that play begins only when she is calm and responsive. So now she is all turned around about who’s the boss. Remember: Being a pack leader is not a part-time occupation; it’s all the time. Your dog is always looking for consistency and structure, and without it she is going to become confused about when she is supposed to follow your directions and when you two are just buddies.

5. You’re tense and nervous around your dog

Your sister-in-law is one of your least favorite people. You hate it when she comes to visit—you know she is checking out your home, and you can see the critical disdain in her face. To make matters worse, whenever she’s near Mikey, your otherwise well-behaved mixed-breed dog, he goes crazy, as if to demonstrate your poor dog-handling skills. But he doesn’t know there are problems with you and your sister-in-law; he just knows that his pack leader is tense and nervous, so he may become tense and nervous too. Our dogs are incredibly finely attuned to us—we’ve been living together almost from the beginning of time! That is why they need calm, assertive energy to relax. Remember: Dogs are predators in the wild, so if they become nervous, their fight-or-flight response is almost always more likely to be fight. Nervousness in dogs will soon come out as aggression. It is how they deal with a problem.

Listen to your dogs. Listen to them carefully, for they are trying to tell you what they want. Their needs are really very simple, and if you satisfy those, you will have a happy and harmonious relationship. That is the kind of bond I have with Junior, as you can see from the photos on these pages. And I hope it will be the relationship you have with your dog.
Read more: http://www.cesarsway.com/magazine/5-things-that-drive-us-crazy#ixzz2TrwNQdZA